INGENUITY IN THE REALM
OF THE INTERIOR 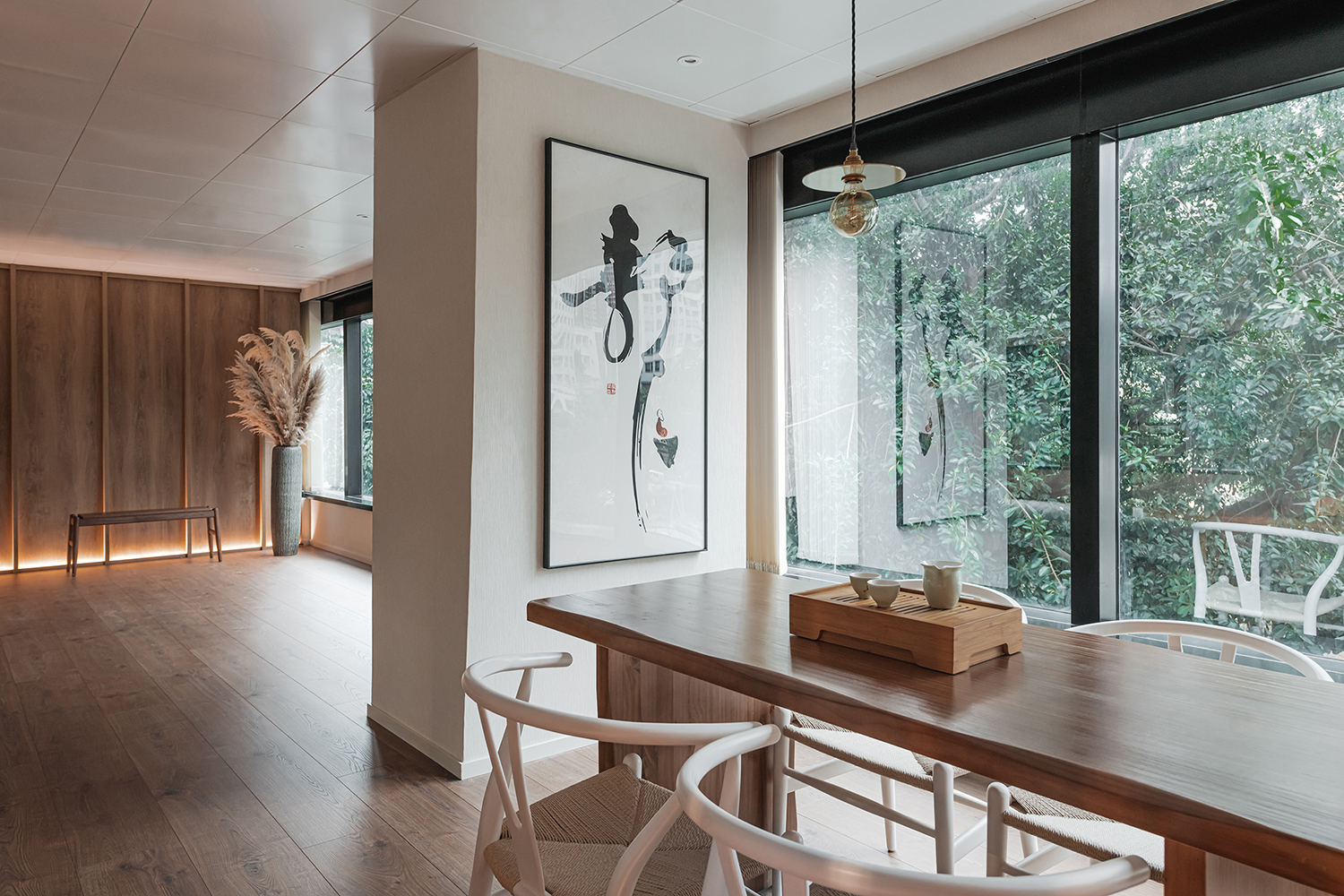 Body Wisdom Studio is the world's first venue designed to introduce Tai Chi to a youthful clientele. Tai Chi is a slow form of martial arts that is at risk of being forgotten due to its perception as an activity practiced by seniors only.

The space's layout is configured to represent two diametrically opposed forces: Yin and Yang, and is informed by daylighting. Yang spaces, receiving the most sunlight during the day, accommodate group training sessions, while Yin spaces, being more subdued, cater to providing traditional holistic treatments that soothe the mind and body.

As Tai Chi was invented in the Ming Dynasty, architectural features of the era are abstracted into bold geometric forms, while colors and textures allude to fight clubs in Hong Kong Kung Fu movies. A minimalistic approach towards forms, colors and textures drawing on renewed Chinese motifs ultimately achieves a state of centrality for trainers and students alike. 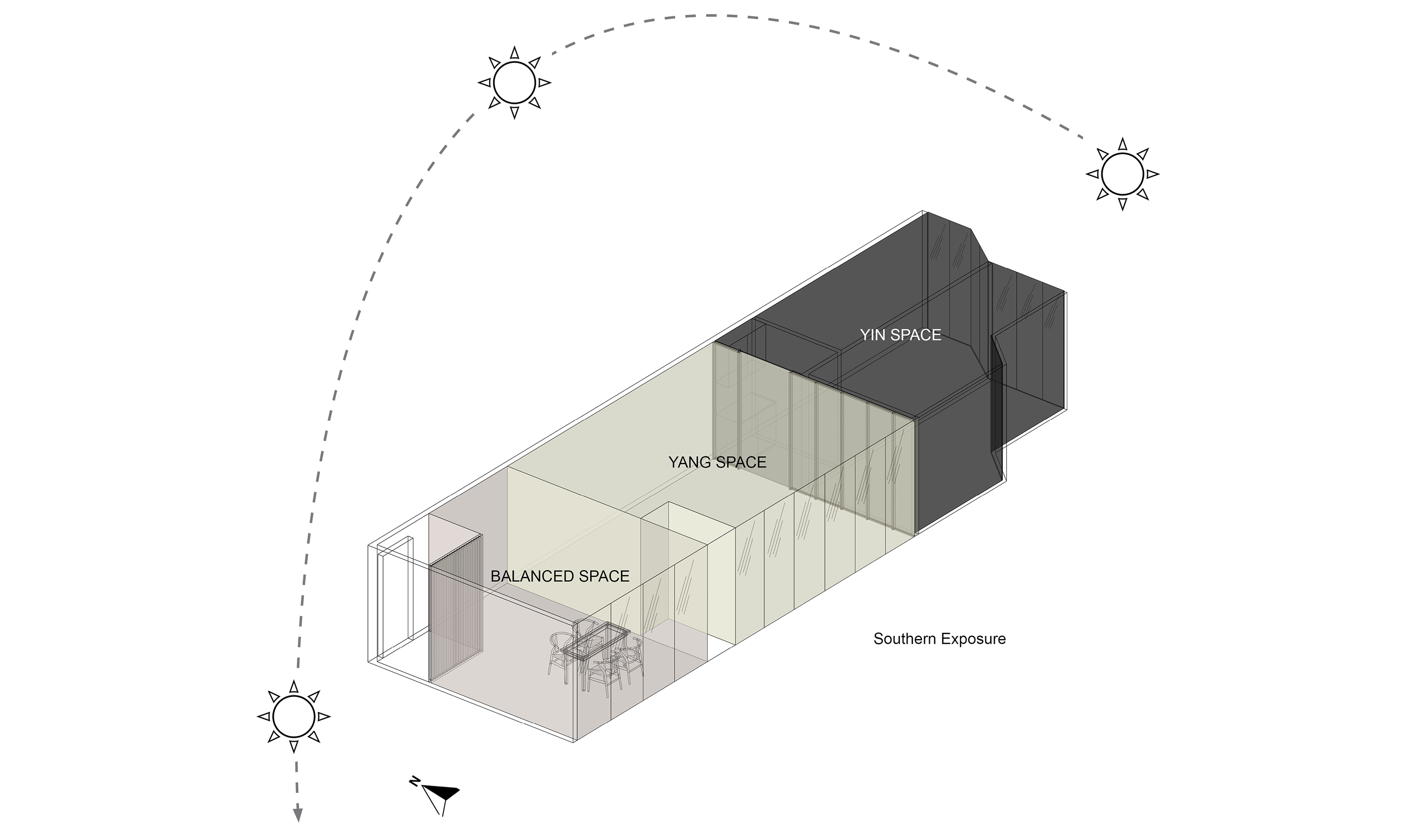 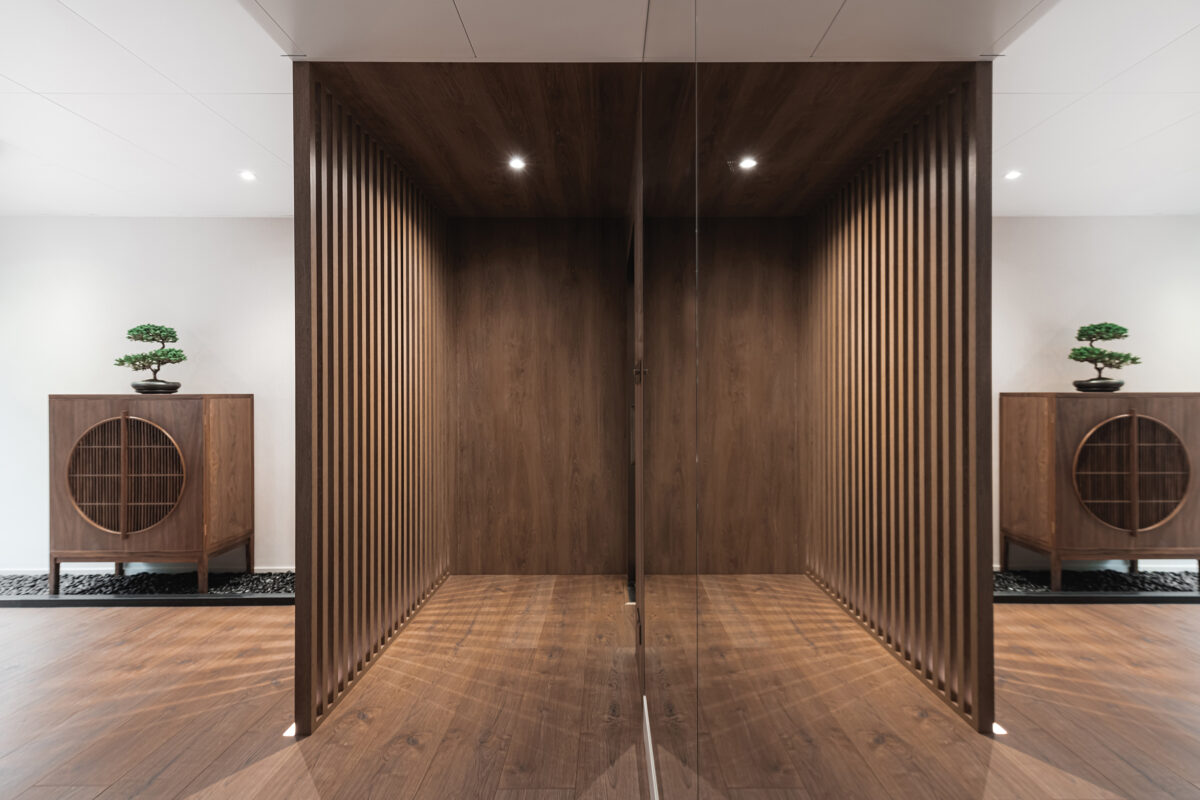 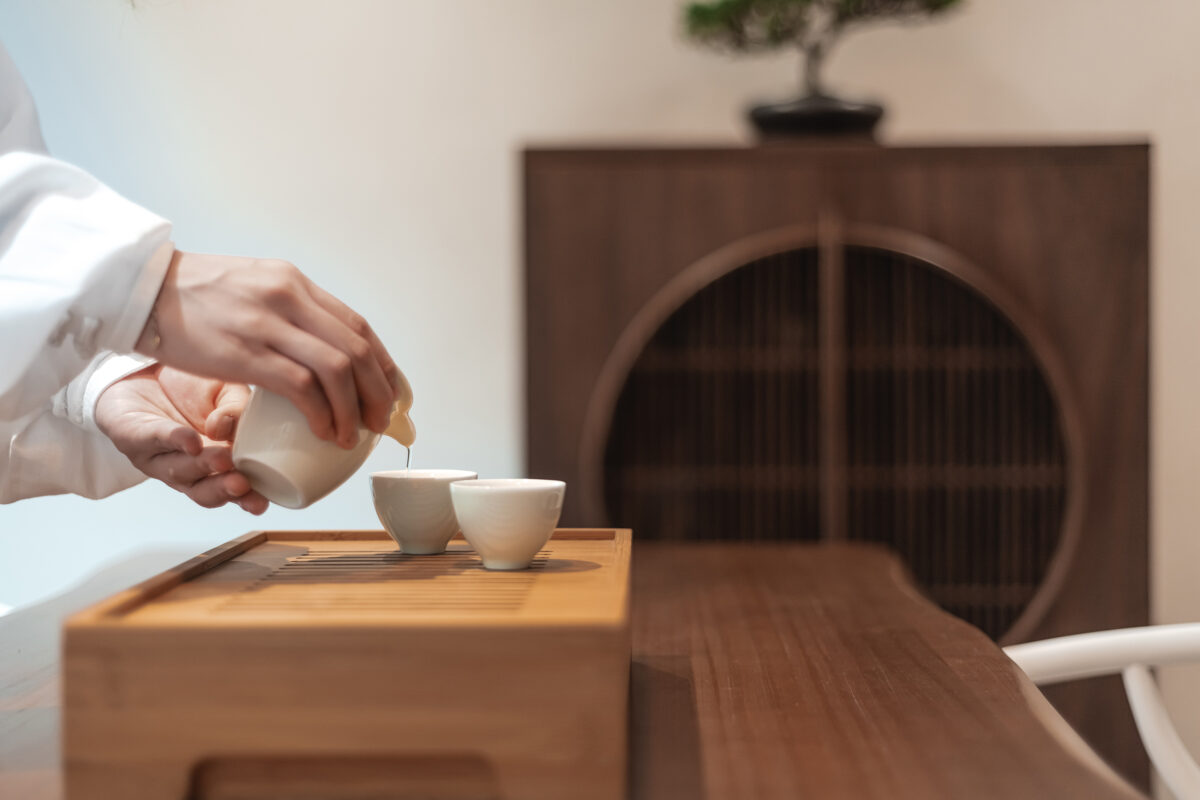 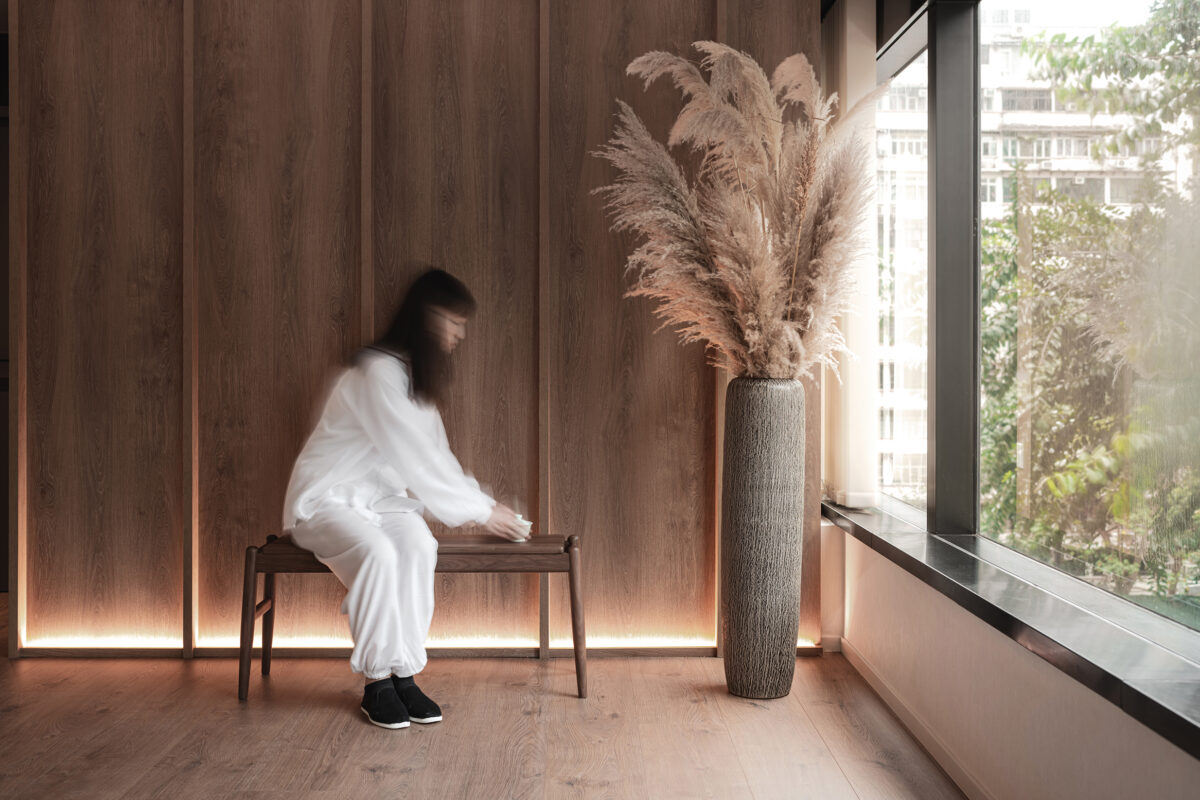 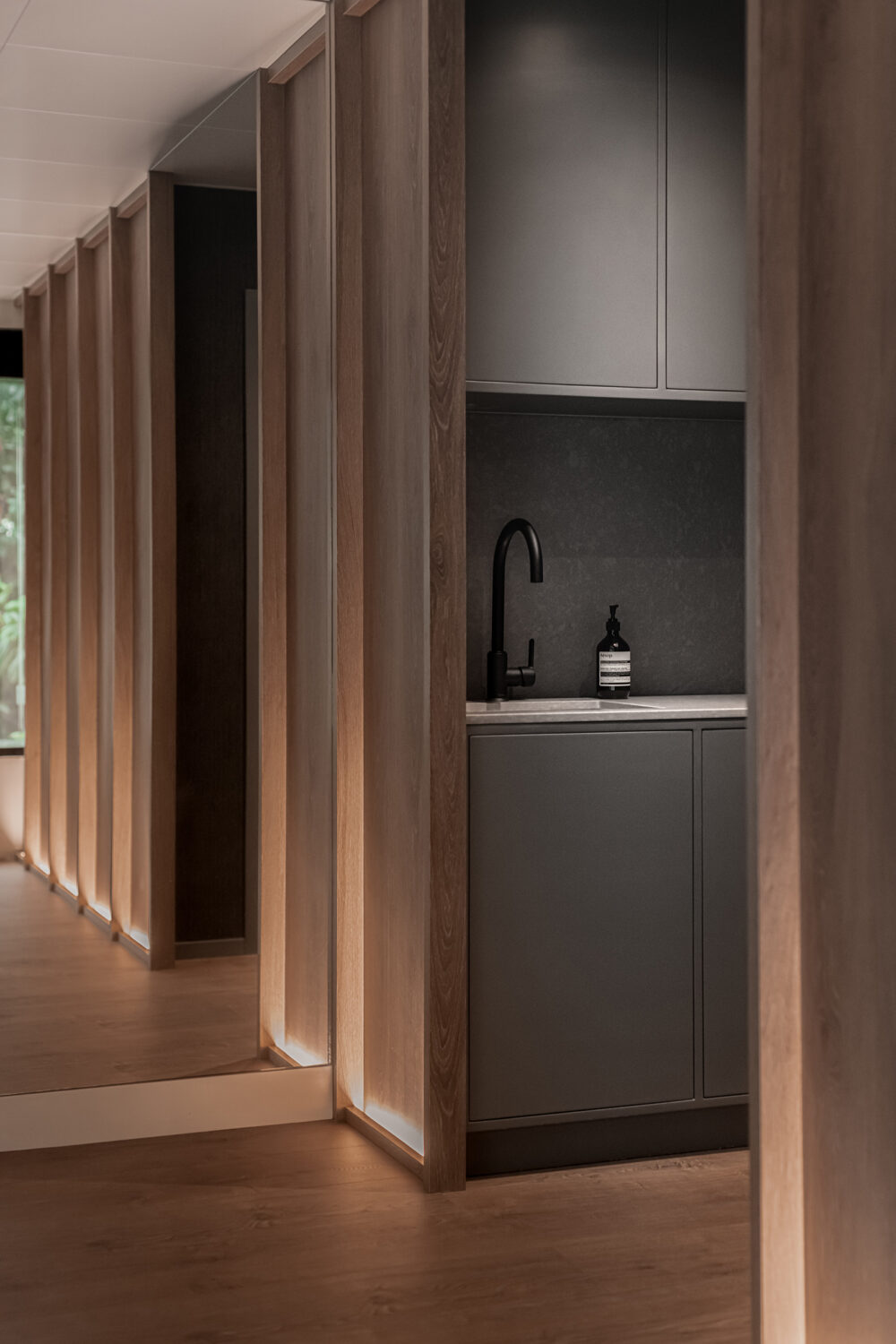 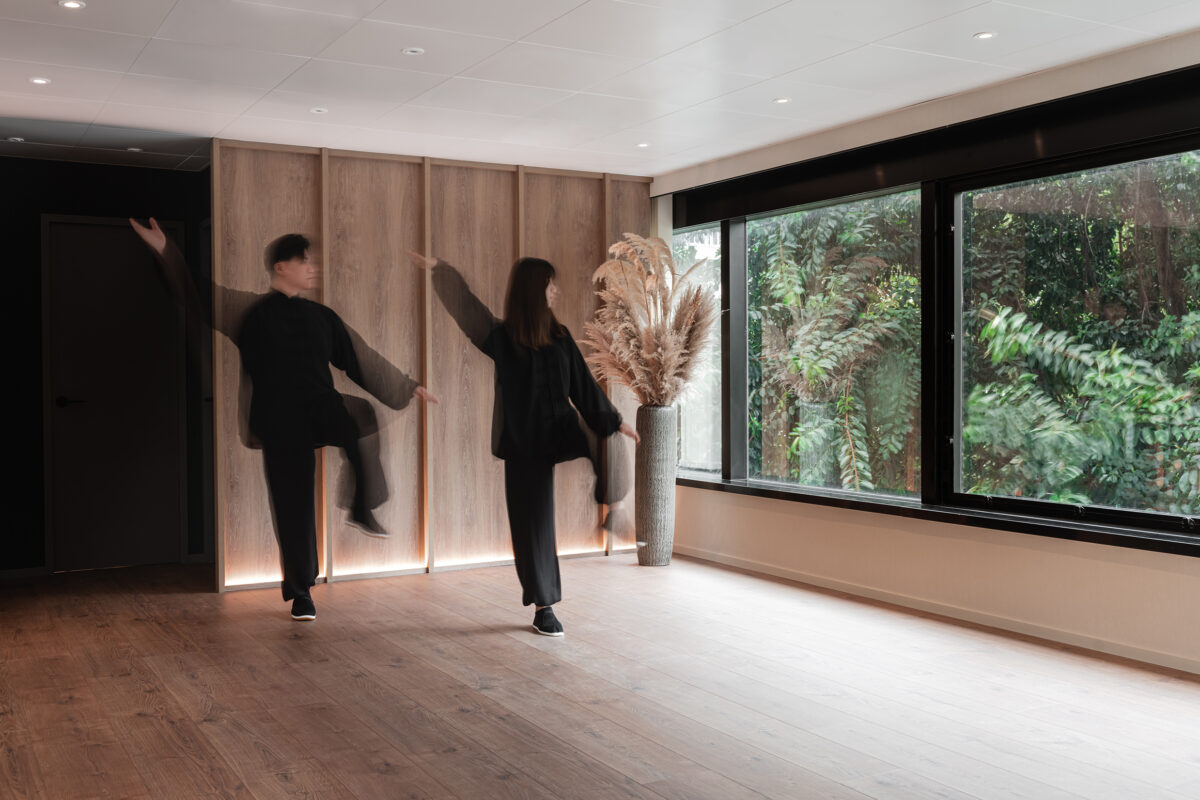 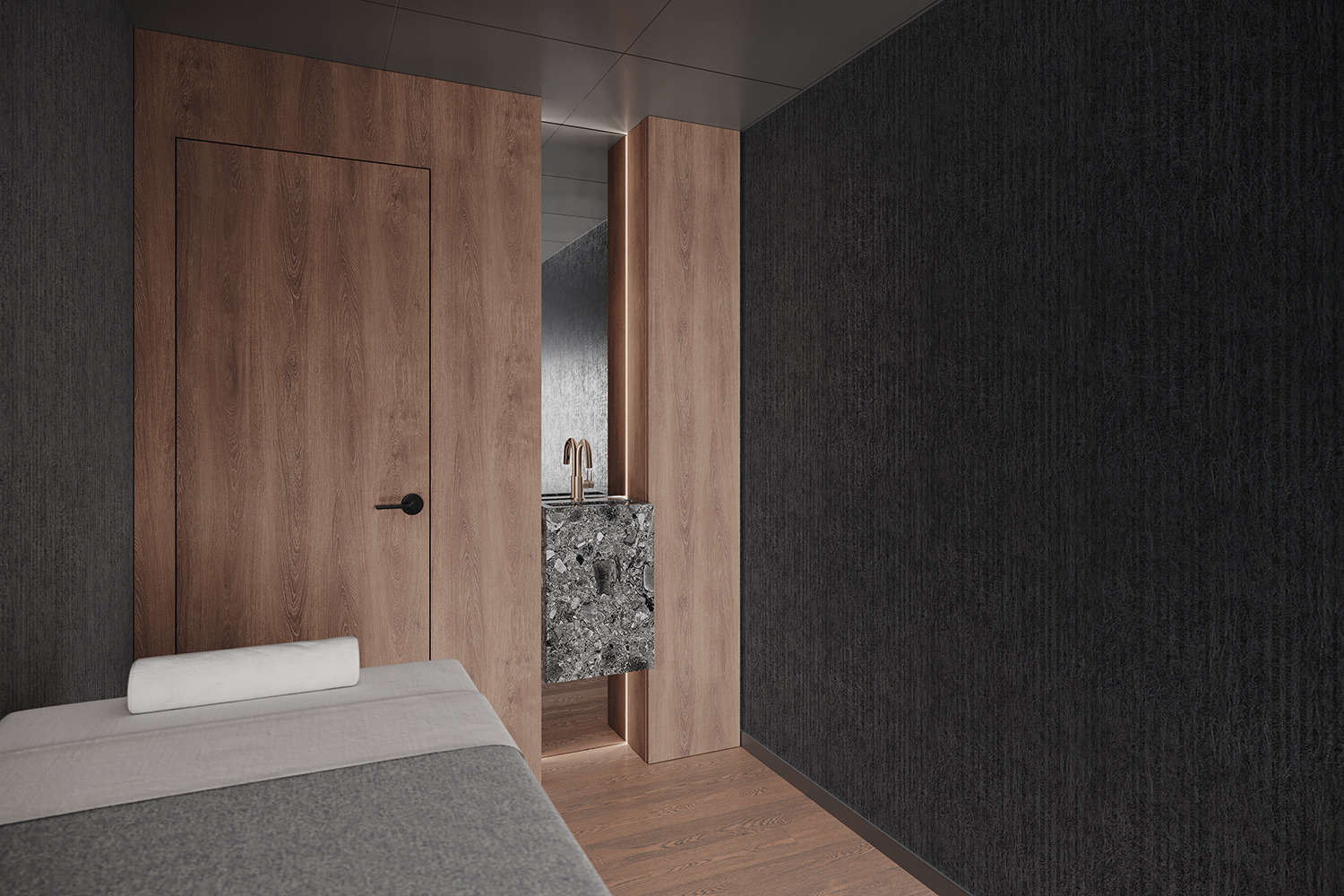 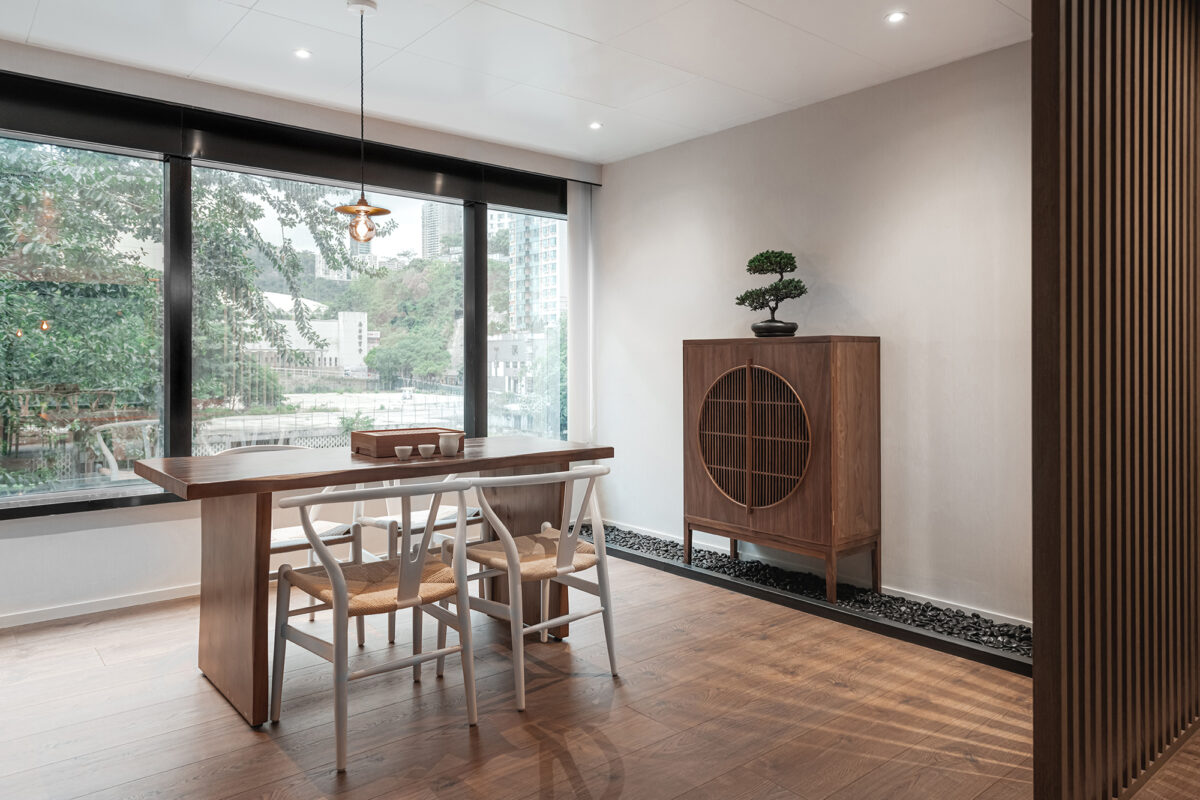